Are you—or someone you love—suffering from a neurodegenerative condition? A Glutathione IV therapy could be the solution you need.

Dr. Shiva Lalezar, D.O., is a pioneer in using the healing power of glutathione IV to help treat a variety of neurodegenerative diseases. This includes Alzheimer’s, Multiple Sclerosis and Parkinson’s disease.

Why should I get Glutathione IV treatments?

Glutathione is an extremely effective antioxidant comprised of three essential amino acids that attack free radicals. Glutathione treatment plays a major role in helping your liver detoxify harmful chemicals by binding to the toxins and safely eliminating them.

A number of clinical studies over the past two decades have demonstrated that: 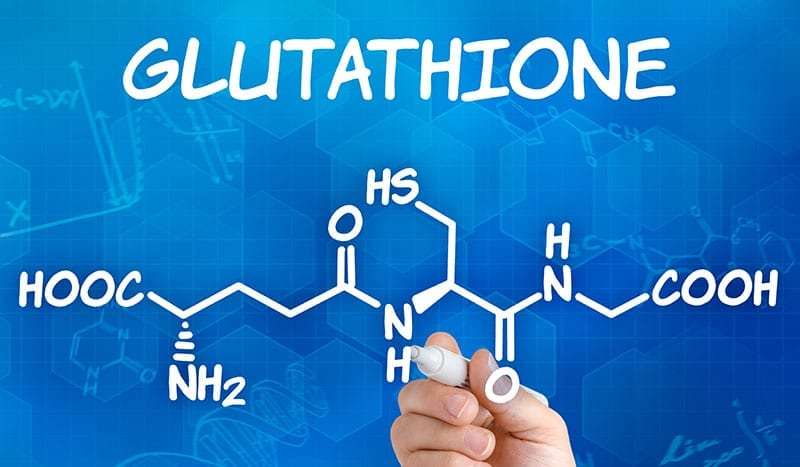 Why use a Glutathione IV instead of pills?

Oral Glutathione is rendered ineffective by stomach acids that break down the peptide bonds that hold the amino acids in glutathione together. A Glutathione IV is the most efficient way to deliver this powerful antioxidant to the cells of the body via the bloodstream.

How is the Glutathione IV treatment administered?

You will receive your glutathione intravenous infusion in our relaxing, comfortable IV therapy suite or in the comfort of your own home. You can read a book, listen to music, or even work on your laptop computer while you are being treated.

How do I find out if Glutathione and Vitamin C IV could be right for me?

Call the Health & Vitality Center at 310-477-1166 or click here to schedule an appointment online today. We are one of the leading centers for natural medicine in Los Angeles. Holistic doctor Shiva Lalezar relieves symptoms by correcting the problem at its source.

The Health and Vitality Center uses an integrative approach, combining the best conventional therapies with the latest techniques and treatments in Functional Medicine for optimal results.

Testimonials that say a lot!

“Dr. Lalezar, just a note to thank you for the chelation treatments, which have made a major difference in my health! All of your services are really excellent but the chelation in particular is fantastic.”

“Ever since I have been seeing Dr. Lalezar, my overall health has improved 100%. Dr. Lalezar’s techniques and methods have helped me lose over 60lbs and maintain the weight loss. I have not felt this healthy and young in years.”

“Dr. Lalezar has changed my life. Before I became her patient, I consulted with several doctors, but to no avail. After being treated by Dr. Lalezar, all of that changed.”

“She literally has changed my life both psychologically and physically. Her advice along with her treatments works so well that I have a totally different life now.”

“Five years ago, I couldn’t even walk and now I am dancing! YES – GO TO DR. LALEZAR! She is the best physician in Los Angeles (and maybe the world)!”

“Dr. Lalezar is the best! She helped me recover from Hashimoto’s thyroiditis and I am feeling the best I have in 14 years. I cannot recommend her enough!”

“I went to Dr. Lalezar frustrated that after having seen 4 specialists. No one could figure out what was wrong with my thyroid. Well, she did in the first 10 minutes I met her. I highly recommend Dr Lalezar.”

“I have my Dr. Lalezar to thank for my life and my health. I spent probably over $100,000 over the years looking for answers only to be told it was all in my head. I am so grateful. If I hadn’t found her, I can’t imagine where I’d be.”

“I feel better than I have felt in years thanks to Dr. Lalezar. I had been to other doctors … She has prescribed balancing hormones and various minerals and micronutrients to get me feeling better than ever. Those, along with chelation IVs have made incredible transformations in my health.”

Learn about us and our approach to your health

A Note to Medical Professionals:

We often collaborate with a variety of physicians’ practices on puzzling, challenging and complex medical conditions and we welcome the opportunity for CROSS-REFERRALS.